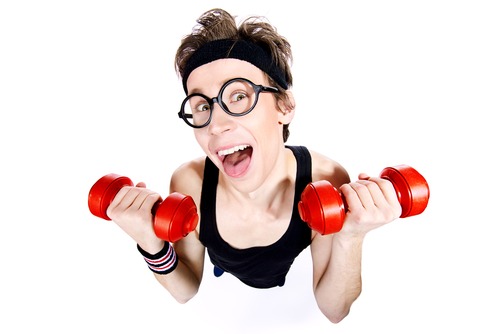 Do you sometimes feel like you are not performing to your true potential?

But can’t quite figure out what’s wrong or not quite working for you?

If so, you’re definitely not alone, and this post will explain the essential traits for business success and show that you can increase your performance and grow your business faster.

I’ve been fascinated by psychology and trying to understand how my own mind works for the last 30 years, maybe longer.

I’ve read self-help books, done a bunch of personality profiles, attended several intensive training courses and even got a couple of certificates along the way.

But I was always left with a feeling that the training or books missed the point.

An awful lot of self-help training is opinion.  It’s not science.  And it doesn’t work.  It sells books, courses and makes people famous.  But it’s not science, it has not been proven and it’s not repeatable.

Somebody achieves something and tells you that’s the way you should do it to.

But I’m not those other people.  Neither are you.

I wanted a formula that would be more universal. Something that would work for anybody – me, you, my clients.

A method to allow you to perform to your own maximum levels.

And despite years of interest in the psychology of performance, I was frustrated that there was nothing quite hitting the spot for me.

Then around the start of the year I was chatting with a client who told me about a Canadian psychology professor called Jordan Peterson (I talk about some really cool stuff with clients).

There’s a ton of material on YouTube with Peterson giving lectures on various aspects of performance.

I watched hour upon hour of it.  One particular teaching struck me as being the key to performance.

In it, he talked about personality and how there are only five traits that all psychologists can agree upon.

The Five Big Traits of Personality

His teaching is based upon what can be clearly demonstrated through tests on groups of real people.

He ignores theories that have not been proven through substantial testing.

And it turns out there’s only 1 set of personality traits that can be identified in almost every study into personality.

Openness – a scale that ranges from cautious and consistent through and open to new experiences, it describes how likely you are to be adventurous in your choices.

Conscientiousness – a scale covering carelessness/easygoing to organised and efficient, it describes the tendency or drive to develop positive and productive habits.

Extraversion – a scale that goes from shy and retiring to gregarious and outgoing, it describes how likely you are to strike up conversation with complete strangers.

Agreeableness – a scale from friendly and compassionate to challenging and detached, this trait describes how argumentative you tend to be.

Neuroticism – a scale that describes how sensitive and emotionally stable you are, it helps to describe how cool and level-headed you tend to be in your daily work and life.

During one of Peterson’s videos he said something that really struck me as the key to performing at your best.

He said that 3 factors above all else will determine your success in life.

One of these is sadly something we get given or not – intelligence.

Intelligent people as a general rule, tend to be the best performers.

No real surprise there.  And while intelligence is not fixed, it’s not a fast or simple process to get smarter either.

But lots of people have already figured out how to grow businesses like yours to become bigger anyway.  You don’t need to double your IQ, you just need to follow proven methods to get the results (like you get in the Double Your Business coaching programme, for example)

But intelligence is not the whole story.

It’s not just knowing what to do.  It’s doing it.

You are not condemned if you’re not the smartest person.  And you’re not guaranteed success if you are smart.  It’s more nuanced and complicated than that.

Because the chances are that you are not performing to the extent of your full capability –  there’s a lot more to your true potential.

Two Traits You Can Change to Unlock Peak Performance

It turns out that two traits from the Big 5 are massively important to your own performance.

The more of an emotional roller-coaster you regularly ride, the less predictable your day to day performance will be.

To be more productive, you need a way to calm that inner turmoil and become more grounded every day.

More grounded means you think more clearly. Get more done. Behave better with other people. Less moody means more productive. And you’ll be happier with yourself, too.

The second trait that matters for achievement is Conscientiousness.

Getting stuff done, turning up in your own life, your business, your friendships, consistently, has massive importance.

Think positive habits and you are well on your way to understanding this trait.

Think being organised and ticking off items from your to-do list every single day and again, you are close to the mark.

But topping the charts in either of these traits is not the goal – the goal is to be more productive.

So we just need to get each to a point that supports your productivity and allows you to thrive.

Because frankly we get one life to live and if we’re not thriving but bumbling our way through, it’s hardly doing justice to our potential, is it?

If you think that you may be your own worst enemy in business, that your own psychology may be playing against you, then perhaps we should have a chat about working together to grow your business.

As a bonus, I’ll tell you how you can increase these two essential traits and improve your productivity.

And if we’re a fit for working together, we can talk about how that might look, too.

Just fill out the form here and you can book into my diary for a chat.