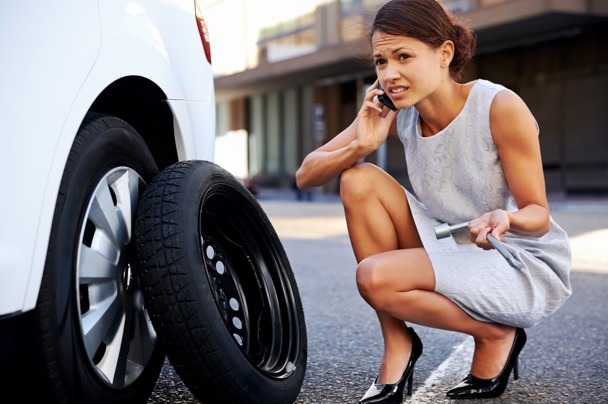 When you work hard to build and grow your business, it’s a bitter pill to swallow when your business just gets stuck and won’t go any faster.

It’s like a car with a flat wheel – you spend all your time and energy just trying to go in a straight line.

There’s no way you’re going any faster until the flat is fixed.

My coaching programme looks at the 3 C’s that make up the DNA of your business.

Get these in balance and set for growth and the magic happens.

But when one gets out of kilter, it’s like your business has a flat.

If that’s happening to you – business stuck or growing slower than you want, read on to learn how you can outfox the 3 flats of business.

The Flat-Out Business (Not Enough Capacity)

He joined my coaching programme to help with growth, but was already working long days and too many weekends just to keep up.

There were too many things being forgotten, ignored or missed.

Too many excuses from his staff, too many mistakes being made.

And because of all this, too many complaints from his customers – tenants and landlords.

He was tired and yet still wanting growth.

It was not going to happen unless he dealt with his biggest problem – being Flat-Out.

There’s no way a business that’s running you and your staff ragged can grow any further until you sort that out.

This, then, is the first challenge when your business is flat-out.

And it’s what the Capacity circle of my coaching programme addresses.

Increasing your efficiency and reducing your stress.

Introducing more effective methods of work, establishing you as a more effective leader and manager to get your team to perform, and getting the work done more efficiently so it’s more profitable, too.

It’s no surprise his business grew 4 times over in the next couple of years, really. We just needed to create headroom for that growth.

The Flat-Broke Business (Not Enough Cash)

Jim’s delivery business was very busy, but there was never much profit left at the end of the month.

Despite the great reputation of his business, lots of loyal customers and a reliable team he’d built to handle deliveries, he was struggling to make ends meet properly.

When your business makes you work hard, but you make no money regardless, it grinds you down. Eventually you start wishing you had a job instead.

Energy and enthusiasm wane and die.

Phew, it’s a good job that Jim didn’t reach that point – because once you’re over the edge, you may as well shut up shop and go get a job.

When Jim joined the coaching programme, it was clear that his business was Flat-Broke.

It was busy, but making no money.

His Economic Engine had stalled, as author Jim Collin’s book, Good To Great, might say.

So we reconfigured things.

Looked at his cost base, his services, his pricing and the customers he was attracting.

And we stepped things up a little, re-engineered Jim’s business to make decent money, instead of just getting by.

A few months later his profits were massively up.

He was smiling a lot more, too.

Now I hear he has a sports car and even helps other people in business to grow, too.

If your business is Flat-Broke, the root cause may not be a lack of customers. It may be that your Economic Engine needs tuning.

The Flat-Line Business (Not Enough Customers)

He’d tried all the internet marketing advice, spent a load of time, energy and a fair bit of money creating landing pages, emails, offers and paying for traffic.

He sent out a leaflet to thousands of houses.

Got a few takers, but once he took the costs into account, it was just not financially viable to repeat it.

His business was Flat-Lined…  Not growing…  And he really wanted more customers.

You get the picture…

So we had a look at his target audience.

Started thinking about what he was offering in his leaflet.

And decided both the offer and the target were great.

But his leaflet was pretty awful.

So we replaced it – with a letter.

Yep, it was a two page letter too. So long and boring that nobody’s going to read that, are they?

We sharpened it, made every word work harder.

Kept it at two pages, though.

Then delivered a couple of thousand, as if they were leaflets, but in an envelope with clever text typed on the front.

Measuring the return from that campaign, we had a winner.

He was not going to stay Flat-Lined for long.

Tens of thousands of leaflets later, his business has more than doubled.

Adding almost a million to his sales.

Pushing him into the top 2% of all companies in the UK.

Did you know that?

Official government stats show only 2% of businesses operate at £1m or above. Fact.

I’ve helped a bunch of them get there.

Perhaps you’ll be next, if that’s what floats your boat.

What’s the cost of struggling on with the flats in your business?

Missing out on opportunities and sales you could be making.

Isn’t it time you decided to grow, once and for all?

Get in touch here for a 15-minute Double Your Business Audit.

Let’s figure out your Flat.

And put in place a strategy to change the DNA of your business, to fix it and make it whole.