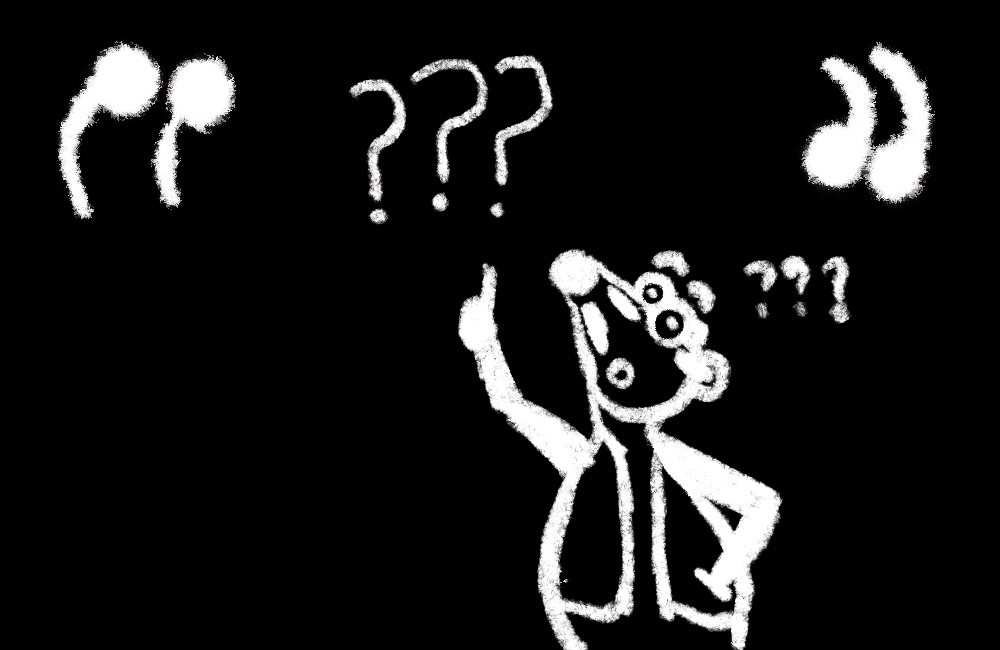 Trial and error is a very slow way to learn.

So take inspiration from these 101 famous quotes by entrepreneurs and famous people to learn in the fastest way possible – from somebody else’s life, without wasting your own.

People like Steve Jobs, Alan Sugar, Richard Branson, Elon Musk and Jeff Bezos all have a unique way of looking at the world.

The mindset of success will help you to live a more fulfilling, successful and happy life where the only limit is your own imagination.

Entrepreneurs who push the human race forward. In the last 100 or so years the human race went from riding around on horseback to driving cars and dreaming of riding a rocket ship to Mars. When you need a pick me up, look for ideas from other successful people who have made things happen already.

What can you learn from them? The mindset to adopt for a more successful future.

It starts with accepting that all successful people experience the same frustrations, the same failures, the same disappointments and the same darkest moments in everyday life as everybody else. It is their mindset – their ability and willingness to get back up when they fall down – that sets them apart from ordinary business people.

I see the same qualities in my most successful clients. Mindset comes from the mental habits you develop – never lose sight of this. You can nurture a better mindset by deliberately practicing the right habits for success.

2. “Being busy does not always mean real work. The object of all work is production or accomplishment and to either of these ends there must be forethought, system, planning, intelligence and honest purpose, as well as perspiration.” – Thomas Edison

3. “There are many ways to avoid success in life, but the most sure-fire just might be procrastination.” – Hara Estroff Marano

4. “​If you want to be more productive, then start at the start: get there on time. Whether it is a meeting, a flight, an appointment or a date, it’s important to ensure you are there when you say you will be there. This may feel like an old-fashioned tip to give, but it has served me well for five decades in business.” – Richard Branson

5. “Our life is frittered away by detail… simplify, simplify.”- Henry David Thoreau

6. “Research shows that the climate of an organization influences an individual’s contribution far more than the individual himself.” – W. Edwards Deming

7. “Everything should be made as simple as possible, but no simpler.” – Albert Einstein

8. “People think focus means saying yes to the thing you’ve got to focus on. It means saying no to the hundred other good ideas that there are. You have to pick carefully.” – Steve Jobs

11. “We generate fears while we sit. We overcome them by action.” – Franklin D. Roosevelt

12. “The bad news is time flies. The good news is you’re the pilot.” – Michael Altshuler

14. “Would you like me to give you a formula for success? It’s quite simple, really. Double your rate of failure. You are thinking of failure as the enemy of success. But it isn’t as all. You can be discouraged by failure – or you can learn from it. So go ahead and make mistakes. Make all you can. Because, remember, that’s where you will find success.” – Thomas J. Watson

15. “A good leader is not necessarily the most popular person in their business, but the best ones are liked because they are respected for their clarity and vision.” – Alan Sugar

17. “If somebody offers you an amazing opportunity but you are not sure you can do it, say yes – then learn how to do it later!” – Richard Branson

18. “Opportunity is missed by most people because it is dressed in overalls and looks like work.” – Thomas Edison

19. “I’m convinced that about half of what separates the successful entrepreneurs from the non-successful ones is pure perseverance.” – Steve Jobs

20. “It is said that the darkest hour of the night comes just before the dawn.” – Thomas Fuller

22. “Keep away from people who try to belittle your ambitions. Small people always do that, but the really great make you feel that you, too, can become great.” – Mark Twain

23. “It is not necessary to change. Survival is not mandatory” – W. Edwards Deming

24. “Go confidently in the direction of your dreams. Live the life you have imagined.” – Henry David Thoreau

25. “Don’t limit yourself. Many people limit themselves to what they think they can do. You can go as far as your mind lets you. What you believe, remember, you can achieve.” – Mary Kay Ash

26. “When I have finally decided that a result is worth getting, I go ahead on it and make trial after trial until it comes.”- Thomas Edison

29. “A successful man is one who can lay a firm foundation with the bricks others have thrown at him.” – David Brinkley

30. “The boring side of business is what makes it work.”- Alan Sugar

31. “Sometimes life is going to hit you in the head with a brick. Don’t lose faith.” – Steve Jobs

34. “26 times I’ve been trusted to take the game winning shot and missed. I’ve failed over and over and over again in my life. And that is why I succeed.” – Michael Jordan

36. “Many of life’s failures are people who did not realize how close they were to success when they gave up.” – Thomas A. Edison

37. “If you hear a voice within you say you cannot paint, then by all means paint and that voice will be silenced.” – Vincent Van Gogh

38. “It’s obvious that we don’t know one millionth of one percent about anything.” – Thomas Edison

41. “Don’t let the noise of others’ opinions drown out your own inner voice.” – Steve Jobs

42. “I have never met a man so ignorant that I couldn’t learn something from him.” – Galileo Galilei

43. If you lock me in the room with a piano teacher for a year I might be able to knock out a rendition of ‘Roll Out The Barrel,’ but will I ever be a concert pianist? No.” – Alan Sugar

44. “A little learning is a dangerous thing.” – Alexander Pope

45. “Your time is limited, so don’t waste it living someone else’s life. Don’t be trapped by dogma — which is living with the results of other people’s thinking.” – Steve Jobs

48. “The person who says it cannot be done should not interrupt the person who is doing it.” – Chinese Proverb

52. “You define your own life. Don’t let other people write your script” – Oprah Winfrey

53. “Life is either a daring adventure or nothing at all.” -Helen Keller

Inspirational Quotes About Marketing and Sales

When Apple launched the original iMac in the late 1990’s, they did it with a fabulous marketing campaign dedicated to ‘the crazy ones’. The people who don’t follow convention, but step outside the lines and create their own reality.

Working with so many successful business owners has taught me this one thing. The crazy ones work the hardest. They are driven by an inner fire that never goes out. When the world punches them in the nose, they don’t flinch from the fight. They set the highest of standards and work damned hard to live up to them.

54. “Anything that won’t sell, I don’t want to invent. Its sale is proof of utility, and utility is success.” – Thomas Edison

56. “Profit in business comes from repeat customers, customers that boast about your project or service, and that bring friends with them” – W. Edwards Deming

57. “I have always believed that the only way to cope with a cash crisis is not to contract but to try to expand out of it.” – Richard Branson

61. “You shouldn’t do things differently just because they’re different. They need to be… better.” – Elon Musk

62. “Starting and growing a business is as much about the innovation, drive, and determination of the people behind it as the product they sell.” – Elon Musk

63. “If you’re trying to create a company, it’s like baking a cake. You have to have all the ingredients in the right proportion.” – Elon Musk

64. “A brand for a company is like a reputation for a person. You earn reputation by trying to do hard things well.” – Jeff Bezos

65. “What we need to do is always lean into the future; when the world changes around you and when it changes against you – what used to be a tail wind is now a head wind – you have to lean into that and figure out what to do because complaining isn’t a strategy.” – Jeff Bezos

66. “If you don’t understand the details of your business you are going to fail” – Jeff Bezos

68. “We expect all our businesses to have a positive impact on our top and bottom lines. Profitability is very important to us or we wouldn’t be in this business.” – Jeff Bezos

69. “It’s hard to remember for you guys, but for me it’s like yesterday I was driving the packages to the post office myself, and hoping one day we could afford a forklift.” – Jeff Bezos

71. ““I’d rather interview 50 people and not hire anyone than hire the wrong person.” – Jeff Bezos

72. “The most important single thing is to focus obsessively on the customer. Our goal is to be earth’s most customer-centric company.” – Jeff Bezos

Sport is the big equaliser. Every player has the same tools, faces the same challenges, and has to dig deep to become a great in their own right.

When I read through these quotes, what really strikes me is the number of them that talk about doing the hard work.

Famous American Football coach Vince Lombardi talks about getting up when you’ve been knocked down. Sir Alex Ferguson talks about the sheer hard work that David Beckham put into his game in order to become such a formidable player. Striker Michael Owen talks about the importance of training at 100% in order to give 100% when you’re playing.

It is through self-development and improvement that we reach the top of our own game. The great results, the rewards for your efforts, come after the effort is expended. Success will remain a closed door for all those who fail to put do the work.

78. “David Beckham is Britain’s finest striker of a football not because of God-given talent but because he practises with a relentless application that the vast majority of less gifted players wouldn’t contemplate.” – Alex Ferguson

79. “Our success has not been a continual series of victories. We have had a number of devastating setbacks; how these are handled is the making of a great team… winning does not happen in straight lines.” – Clive Woodward

80. “And so you touch this limit, something happens and you suddenly can go a little bit further.” – Ayrton Senna

83. “Age is no barrier. It’s a limitation you put on your mind.” – Jackie Joyner-Kersee

84. “If you don’t have the balls to brake late, that’s your problem.” – Lewis Hamilton

85. “Champions keep playing until they get it right.” – Billie Jean King

89. “I start early and I stay late, day after day, year after year. It took me 17 years and 114 days to become an overnight success.” – Lionel Messi

91. “To uncover your true potential you must first find your own limits and then you have to have the courage to blow past them.” – Picabo Street

95. “Today I will do what others won’t, so tomorrow I can accomplish what others can’t.” – Jerry Rice

97. “You can’t get much done in life if you only work on the days when you feel good.” – Jerry West

98. “Never let your head hang down. Never give up and sit down and grieve. Find another way.” – Satchel Paige

99. “Make sure your worst enemy doesn’t live between your own two ears.” – Laird Hamilton